Skew, Square and A Trip Into the Weeds

As you read please remember that I didn't start this, I just posted a couple pictures on Instagram (@msbickford) showing the difference in shaving between a skewed rabbet plane and a square rabbet plane. 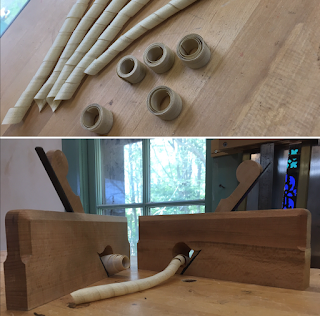 Within a single comment I found myself in a debate regarding the value of skew vs. square when going across the grain and potential for changes in effective cutting angle. Instagram is not a good medium for discussions or explanations, so here we are.

Due to the leading edge of the iron severing the wood fibers at the point that will be the vertex of the rabbet, you get a much cleaner rise (fillet). The fibers of the rabbet's floor are not being lifted prior to them being sheared (detached.)

Do you see a difference in the quality of vertical rise? I would have gone deeper but the plane clogged due to poor performance. Fibers are being lifted prior to being sheared, hence tear-out.

Here is an example of a square iron going across the grain.

The quality of the fillet is kind of in the middle, right?

Anyway, the debate was more about bedding angle vs. a perceived change in effective cutting angle due to skewing the iron in the body of the plane. The debate seemed to come to an end after a simile of walking up a mountain in various patterns. This is a correct comparison, but... 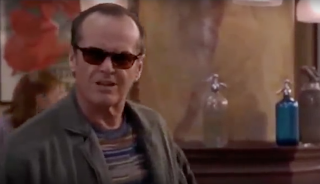 "People that speak in [similes] oughta shampoo my crotch."

To measure the same angles you must measure square to the mouth. 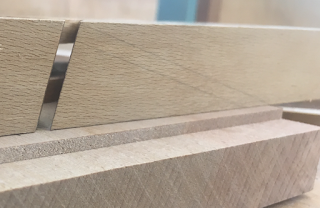 (Note the lines running perpendicular to the mouth) 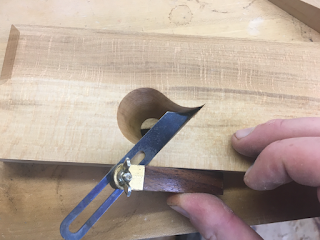 I am holding the sliding bevel at the appropriate angle here. 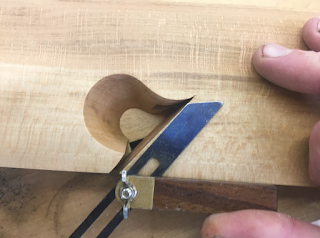 Here I am holding the bevel against the body and you can see the slight difference between the two angles.

Still confused? Maybe all of this can be summed up in a picture, which brings us back to instagram: 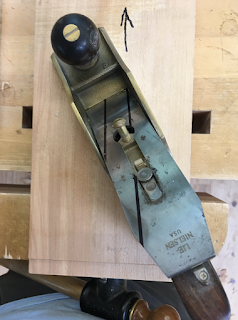 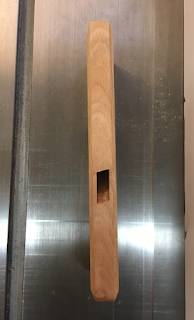 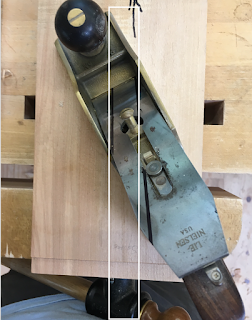