When taking photos for my last post I stood a few new planes next to the demo tools I made for my business 5-7 years ago. The planes have certainly changed throughout the past 8 years and 4,000 planes (more or less, I've never added them up).

I haven't changed my wedge's finial design in years, but it is different. 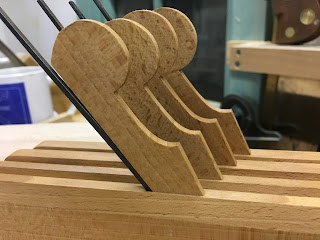 
My side rounds seem to constantly evolve and still change slightly every year or two. 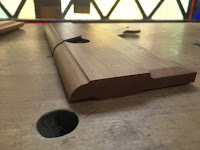 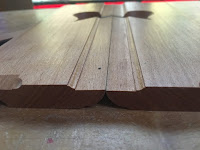 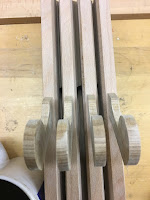 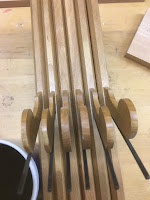 (new on left, old on right)

Other facets of the planes, however, still change slightly as I tweak my methods and make still better tools more efficiently. I am, after thousands of planes, still learning about these tools.

Some methods have changed as the business has evolved. 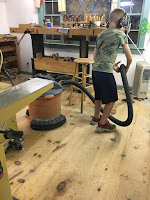 Other methods remain the same as I'll be teaching classes like I have in the past:

But let's try a new venue for teaching now that I have many more years of talking behind me: 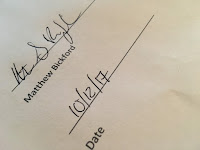 
Posted by Matt Bickford at 5:15 PM No comments:

Half Set Of Hollows and Rounds Versus A Full Set

A half set of hollows and rounds often consists of 9 pairs of planes, 18 total, that create a graduating series of radii. 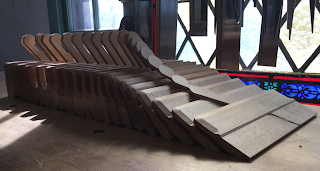 I often speak to people who think a half set is a good place to start. After all, it is one half of set.

HOWEVER, when you get down to the low end of the range, THINGS CHANGE. 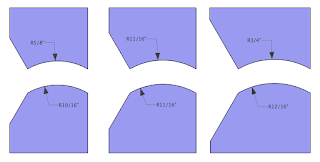 Let's look at the low end of the range now. 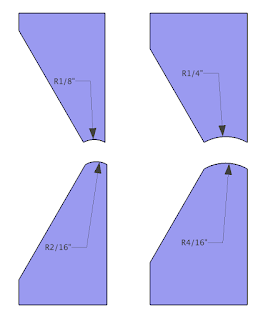 At the low end of the range the difference between the the hollows and rounds is large and, perhaps, desirable. 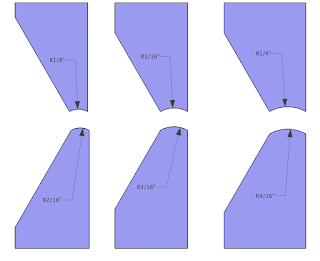 What I'm trying to say is twofold. (1) The odd numbered portion of the set is drastically different at the low end and potentially desirable. (2) I made a pair of right handed 3s when they were supposed to be left handed so you had better send me an email (matt@msbickford.com) stating that you want them before they get stamped with my owner's mark. I really want to keep these [SOLD]. 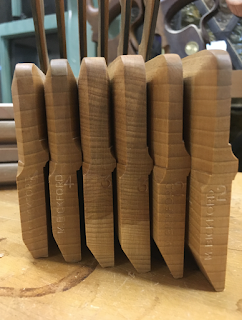 All of that being said, you can make a lot with one pair and exponentially more with two.
Posted by Matt Bickford at 9:55 PM No comments: