Water vs. Oil Stones: An Observation

Many people will not carve because they feel that their hands are not artistic.

Many also feel that their hands have not reached a level of competency for sharpening the profiles of gouges, let alone profiled planes.

My response to these craftsmen is always the same: don't let the sharpening of these tools intimidate you. Learn to sharpen a chisel without a jig, then a carving gouge, then a single and simple moulding plane iron (not 20 off of eBay). Teach your hands the process because the sharpening medium is the same. If you tried unsuccessfully a few years ago then try again today. Your hands are naturally better if they've been used more.

Many users of antique planes have seen widely varying levels of success due to the same. I discuss this process in my book and demonstrate it in my dvd. Larry Williams of Old Street Tool, Inc. goes much further into the subject using a different method with his dvds.

One aspect of both of our demonstrations that is the same is the use of oilstones. These hard, natural stones are ideal for anybody addressing profiled edges because they don't distort nearly to the extent of  water stones.

I have been using a water stone in my work for about 12-18 months for the final polish. It's messy, yes. But more concerning is the amount that needs to be removed.

The number of times I flatten both stones illustrated below is similar. However, an Arkansas stone has a new, flat surface after a few passes on a diamond plate. A water stone may take a few minutes, especially if there has been an errant stroke that has left a mark. An oilstone leaves a discolored slurry on my plate. A waterstone leaves visible build up that could be brushed away and collected once dry.

Both of these stones started at a thickness of 1". My waterstone, again, may be a year and a half old. My oilstone, which sees 10 times the amount of work, is probably 12 years old. 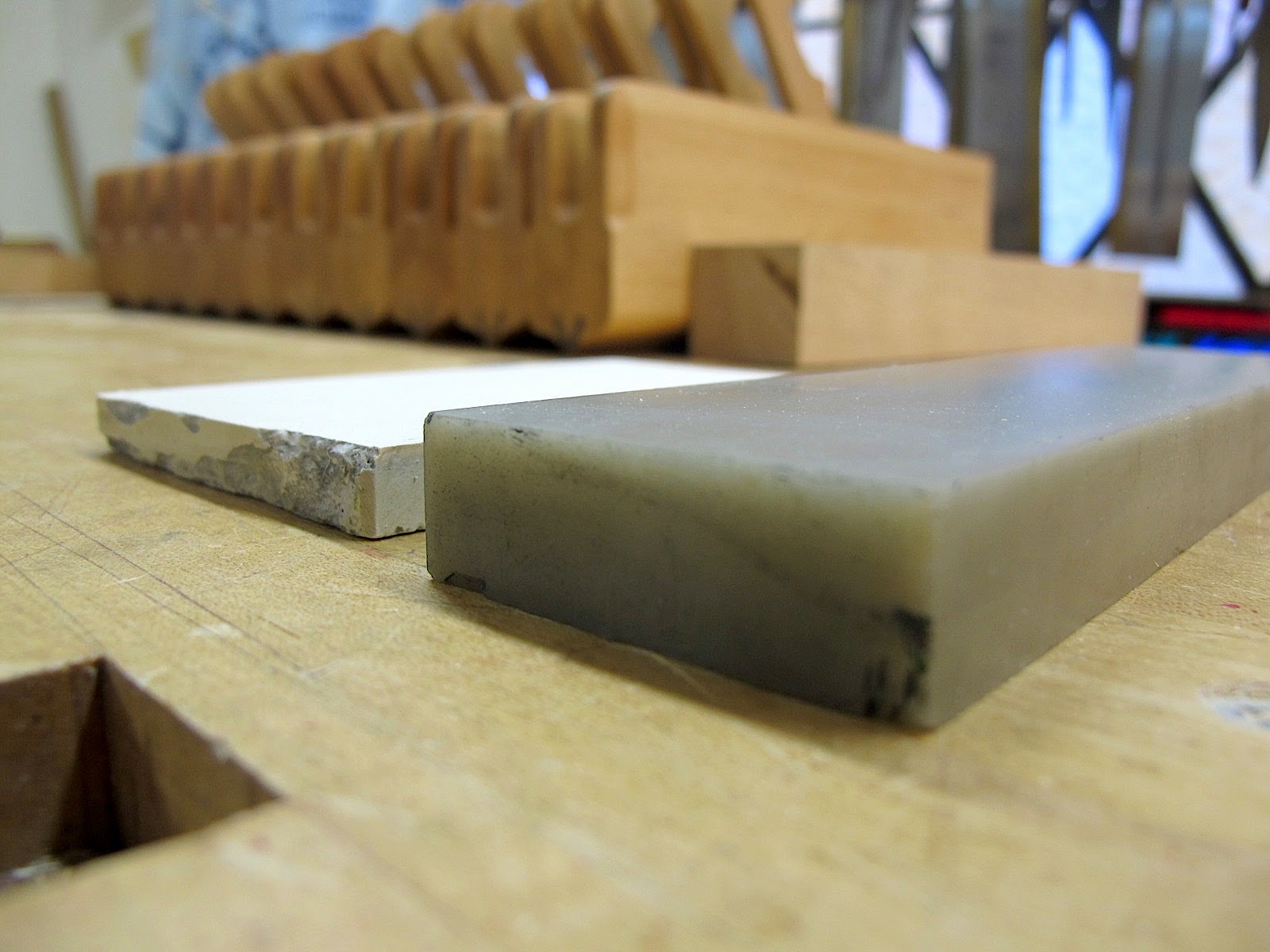 The amount of use your stones see in your work environment may be drastically different than mine. On Average, I spend a full day on my stones each week. The result, though less exaggerated, will be the same. Oilstones are the proper choice of stone for profiled edges, whether moulding planes or carving gouges. 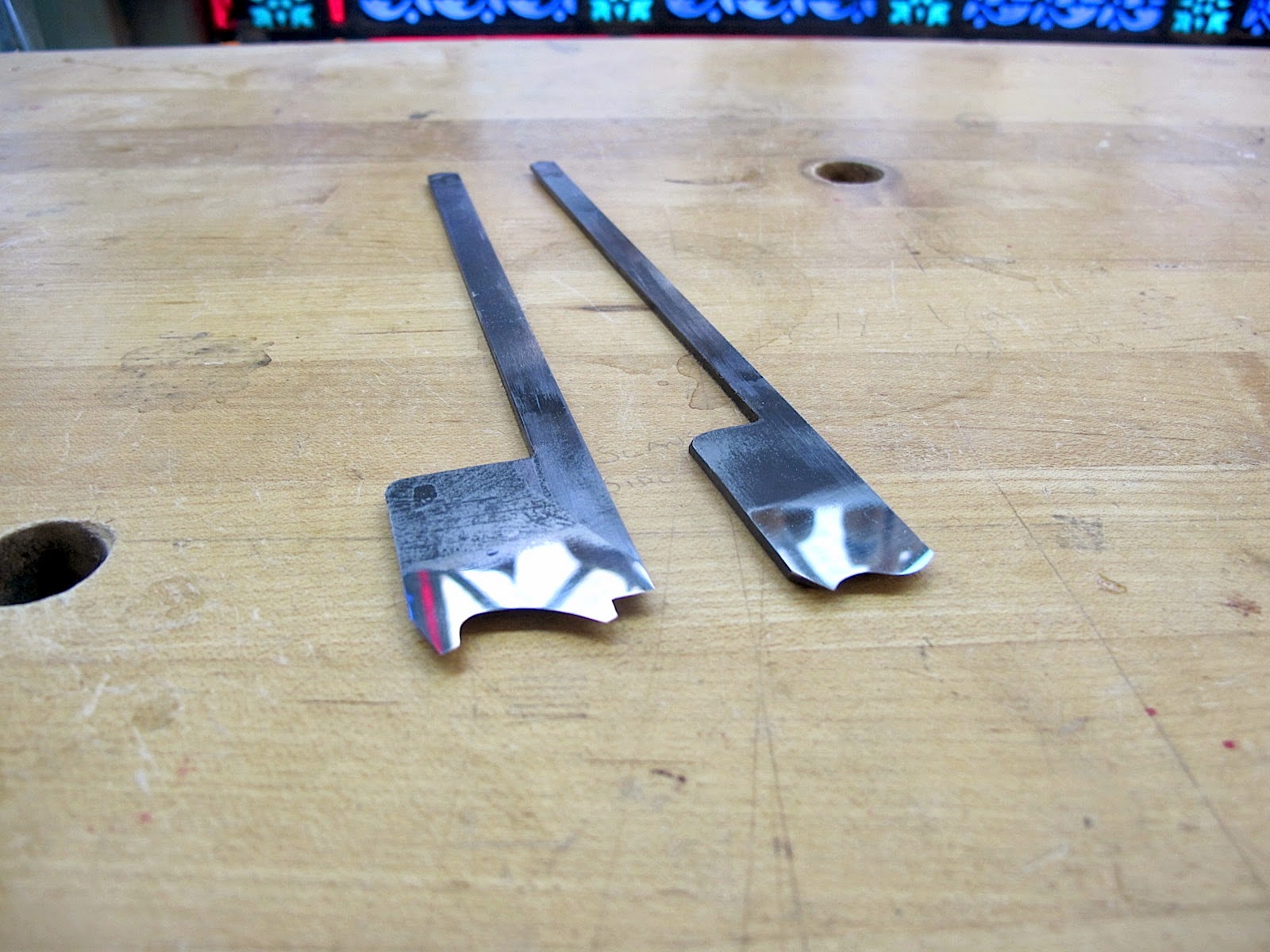 Note: I have used a DMT slip which was rendered useless. I have only used sandpaper for the initial flattening of the back if necessary (60 grit).

On a seemingly different note, one of our children likes to draw and we have spent many nights at the kitchen table doing just that.

My latest project with my wide arrange of #3 Ticonderogas: 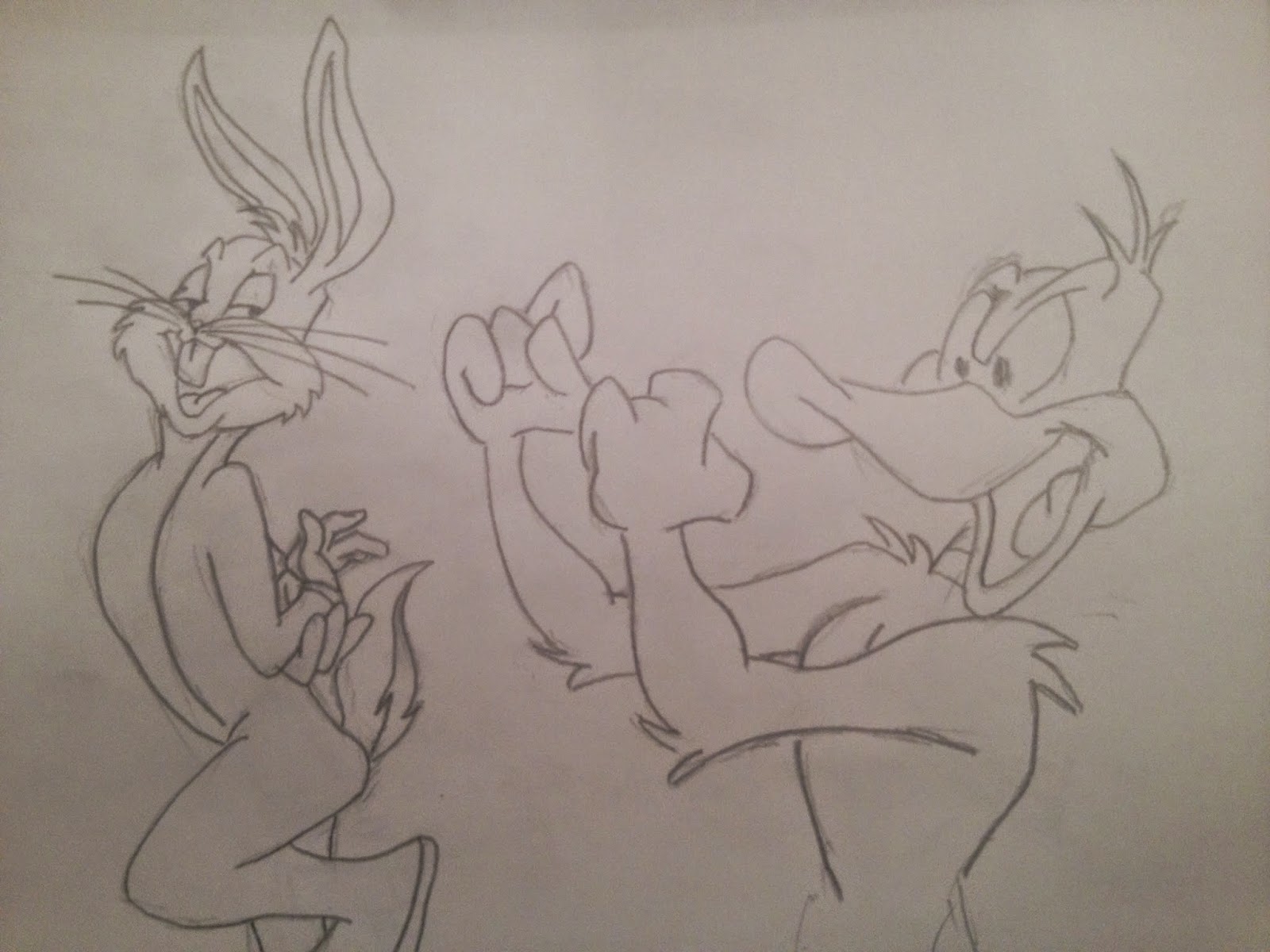 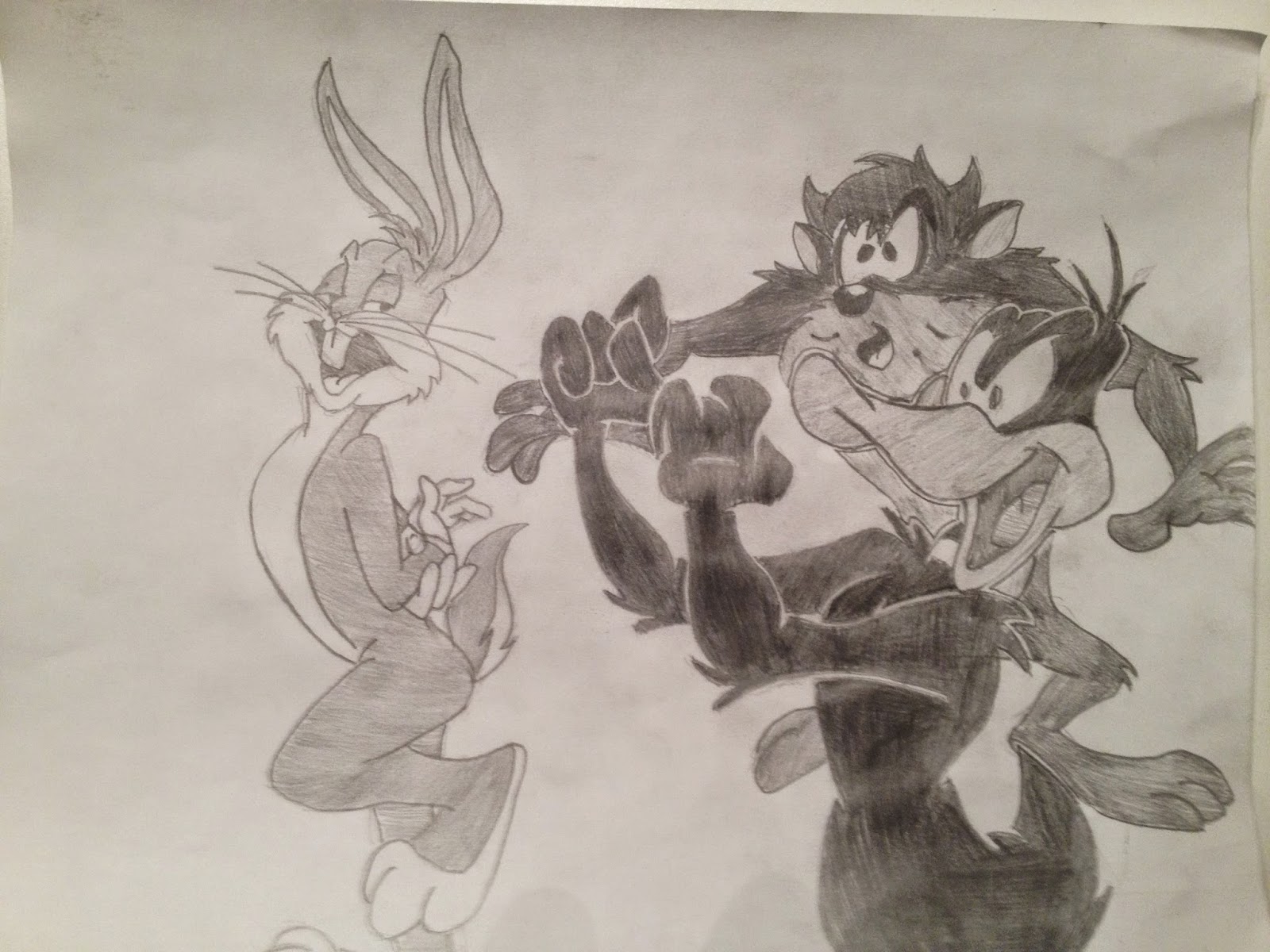 All work with your hands will make you a better woodworker. Any woodwork will make you better with your hands. Draw a better curve and carve a smoother volute. Know what a sharp chisel feels like and you'll essentially know how to sharpen a profiled iron. It's all relevant and you're getting better at each.

Just remember that oil stones are ideal for profiled irons and #3 pencils are terrible for shading and filling in large areas in solid black. But you can make both work.

Do not preclude yourself from making mouldings by hand due to the sharpening.

Posted by Matt Bickford at 7:56 AM