The Last Few Weeks and the Next Few

It's been two very busy weeks since the last blog update before Cincinnati. Let me explain...
The LN event in Cincinnati was one of the best shows I've been to. Between Lie-Nielsen, Glen-Drake, SAPFM, Czeck Edge, Jeff Miller, Daed Toolworks and, of course, Popular Woodworking, there was a lot to see.
I got to use Megan's bench, 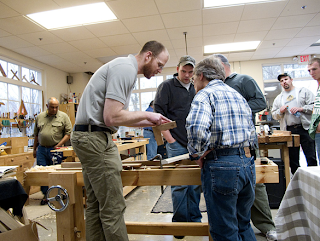 (which is an 1 1/2" taller than Big Pink was before the Adjust-A-Bench)
I spoke with a lot of people and was able to demonstrate my planes in front of many new faces, 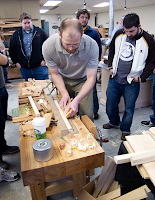 I was able to force a plane into several people's hands who have never before used this type of plane,

And I finally was able to claim Raney's work as my own while nobody was looking. 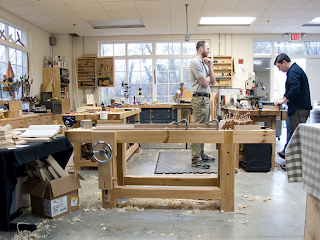 These pictures were taken by Jeff Burks. Many of us have seen write-ups regarding various events that he has assembled on Woodnet. Up until this weekend that was pretty much all I knew about Jeff. It turns out I didn't know 1% of the guy and, despite seeing how he spent many of his weekends, didn't even know what his hobby is.
I'm thinking of a project for the two of us to do together that will be of interest. More later...or nothing. It will definitely be one of the two.
-------------------
The next event that I will be attending is the Lie-Nielsen event in St. Louis at Kent Adkins' shop. I have seen a few pictures of pieces Kent has completed over the last few months. I'm really looking forward to seeing these in person. Kent seems to be very aggressive with his choices. I like that. There's nothing better than a full living room...
Also in attendance will be Czeck Edge, Brese Planes, Benchcrafted and Sauer & Steiner. This will be a great show...I promise.
Only a few days after that I will be teaching my first class at The Acanthus Workshop in East Coventry, PA, which is about 40 minute outside of Philadelphia. I am told that there is one spot left. The class will focus on using hollows and rounds. Specifically, we will spend two days with a pair of 10s, 6s and a rabbet.
Do you not have these planes? No problem. I will be bringing a set of brand new ones for everybody to use. (This spec work, combined with a show and a class in the same week, is the reason for lack of blogs) 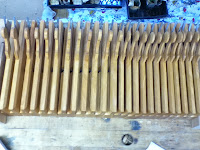 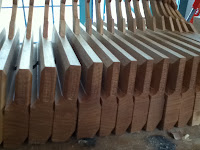 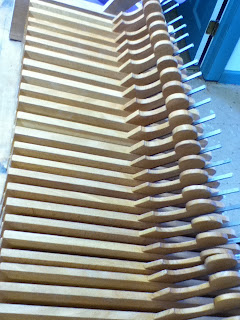 These shows are a great reason to come out of your basement and meet people that you will genuinely like. Being around people with similar interests is rare.
I was recently part of a conversation in Cincinnati between attendees. We discussed how much we share interests outside of woodworking with each other and the various people we meet throughout the day. There's no question that the environment attracts a certain person and certain conversations, but I was sitting at a table where, like me, 5 of the 7 people didn't have cable TV. It was weird.
As a group everybody seems so similar. I don’t doubt that there are some with interests other than my own, however. Heck, there were probably a few people at the show that watched the royal wedding this past weekend. Did you see the crowd? 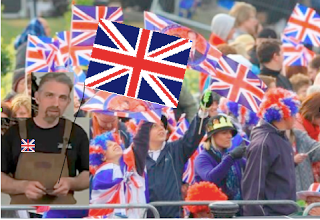