I apparently didn't learn how to use tracing paper until I was in my 30s. I think I left Chuck Bender bewildered when he showed me this trick. 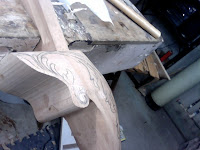 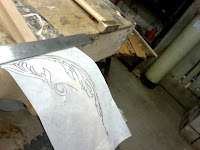 Take your shooting board out, flip the tracing paper over and trace it on the opposite side 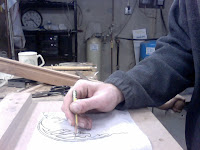 Use the tracing paper as a poor man's carbon paper and trace for a third time on the area you want the design. 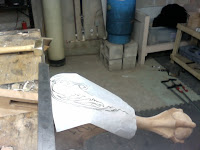 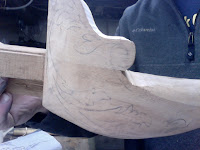 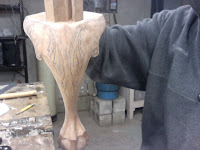 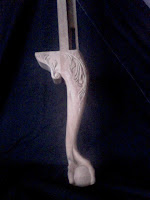 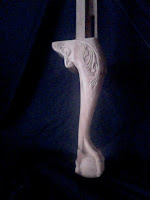 I afforded myself some time with Chuck Bender working on acanthus leaves at The Acanthus Workshop* last year. I was never able to translate what I saw at museums onto my work. My hat's off to him because he helped me get much better at my favorite part, at least in my own eyes.
*full discolusre--I will be teaching a class there in 2011 regarding molding plane use.
Posted by Matt Bickford at 12:00 PM